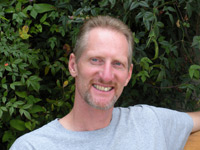 Some times in life what Satan means to hurt God redeems for his glory. Due to the realities of life and choices made by others my wife and I found ourselves sitting in seats we never dreamed we would sit in. Seats where weekly we heard the words, "Hi, my name is… and I am an addict". We were parents in a 12 step Native American Spirituality group therapy. However, what Satan wanted to use to destroy God used to redeem. Several times as we sat with parents of recovering teens we were struck with the reality of the mission field and the fertile soil of the field in which we sat. At one point, due to the obvious Native America spirituality, my wife asked, "don't you think we should go to a Celebrate Recovery or something" to which I responded, "and leave the mission field". Now don't misunderstand me. I am not anti Celebrate Recovery I am just pro missionaries in the field. The reality is that when we leave the secular we leave it void of the light that we bring. And in the context of the 12 step protocol we leave it void of the voice of "our higher power as we see him". Everybody in the group has the same privilege of sharing their higher power "as they see him". I am glad we stayed.

A few weeks later 12 of us met at Braums restaurant where we now meet weekly. I bought each one a Recovery Bible and we decided to study the 12 steps from the Bible seeing how each step is grounded in Scripture. In the group is 6 different denominations and only a few people who have any solid spiritual background. Several weeks later Andrea gave her life to Christ at a table in a Braums Restaurant and two weeks later was baptized in a hot tub at Nancy's house. Her life is radically transformed and God has taken what started out as a negative in our life and has redeemed it for his Glory. 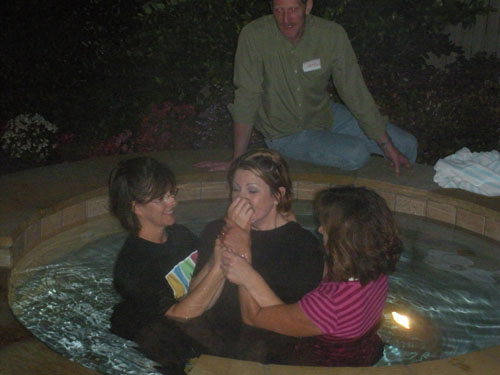